On September 18, 2014, the Interstellar game app was released. The game's subtitle is CREATE. EXPLORE. ENDURE. 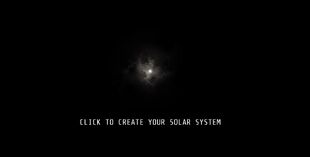 Opening action in the game. 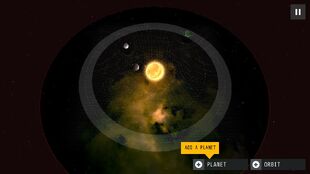 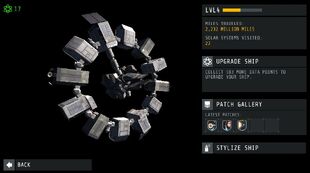 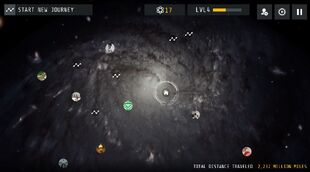 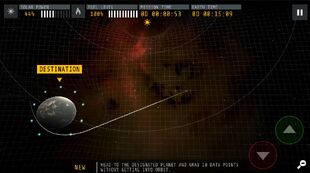 Screenshot of an in-game objective. 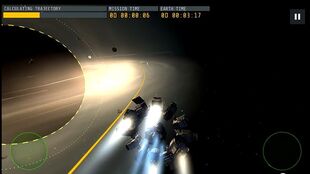 Circumnavigating a black hole in-game.
Add a photo to this gallery
Retrieved from "https://interstellarfilm.fandom.com/wiki/2014_Interstellar_Game_App?oldid=7427"
Community content is available under CC-BY-SA unless otherwise noted.